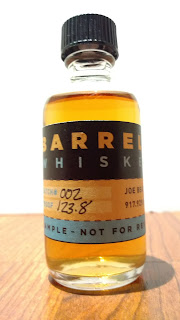 From Barrell's website, it looks like this is a whiskey that uses a bourbon mashbill, but then purposely switches things up. Specifically, it was aged for 9.5 years (approx) in used bourbon barrels, and then finished in sherry casks. I'm really excited to see what shines through. 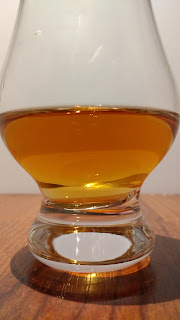 Smell: elegant, soft, fruity. It's interesting because this is monstrously proofed, and yet you can just get all up in there to sniff things without consequence. It's hard for me to classify what I'm smelling. In a sense, I would say "bourbon light," but I think that does this a disservice - it's not at all unimpressive. There's restraint here - a hint of cinnamon, some dark red fruit, graham crackers, and definitely some nuttiness (presumably from the sherry). It's sort of an American version of an unpeated sherried scotch.

Taste: very nice - the sherry really shows up on the palate. First thing's first: this is smooth. Very soft sweetness on entry...red fruits and toasted nuts. The midpalate and finish are also restrained, but bring in a balancing oak influence and a certain degree of richness - fudgey, almost.

Overall: I like it, but don't love it. It's in the B/B+ area for me. It's fun to see something original in the American whiskey scene and, specifically, fun to see what a bourbon mashbill can produce when it isn't oaked to within an inch of its life. I think the sherry influence is well integrated, but the overall package lacks a big depth of flavor. As far as experimental whiskies go, this is miles ahead of the great majority of them. 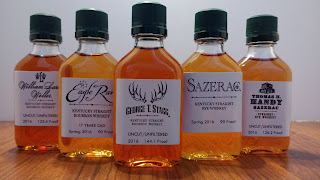